When do you have a writer’s block in writing an essay, email, a letter, or just about anything? Introduction? Body? or Conclusion? My writer’s block begins to form in writing an introduction. How to begin requires clarity, creativity, and cleverness of me in terms of presenting a subject matter of writing lucid and interesting. Everyone has of course different points when it comes to encountering his/her writer’s block. But most of the time, such difficulty results from a lack of organization of an idea, a thought sprung from the mind that needs to be disciplined. Thus, I have briefly summarized the following methods of taming your free spirit of writing: 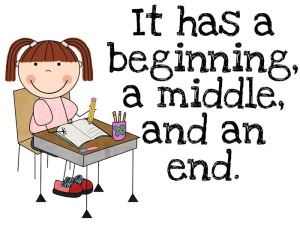 A. Writing as a four-step process:

As developed by Dr. Betty Sue Flowers, a University of Texas English professor, each of the above-referenced steps are also called by the following names according to the corresponding intellectual functions:

(2)  Architect, the planner who ensures that the structure is sound and appealing (Syntax builder to make a sensible, effective sentence structure;

(3)   Carpenter, the builder who makes the corners square and the counters level (Crafting of words for the effect of articulation); and

(4) Judge, who checks to see whether anything has gone wrong (Editing of the product to ensure communicability thereof).

B. Visualization of the works (as in a legal case)

1)   Main issue: The cause of action and the question thereon. e.g., “Upon being reprimanded, Penfold threatened his supervisor by saying, “I am gonna get you for this!” The supervisor immediately fired him. Was the termination justified?

3)  General principles re the cause of action. That is, the evidence on each element of his cause of action, causation, and damages.e.g., re: threatened violence at work

5)  Decision in this case: the facts suggest that threat was real. Internal appellate-review board agreed.

This is my 3-story house in Avonlea. I converted my 15-year-old IKEA book selves into the dwelling place for my Sylvanians by pasting the wallpaper print-outs on the walls and carpeting the rooms. In fact, these are the pictures I took when I bought the furniture last year for the first time.