Why We Get Fat: And What to Do About It by Gary Taubes

We all have read about books about dieting and exercising. We all have tried most or some of the methods as provided, but the bottom lines are all the same: that eating less, exercising more is the sine qua non of getting thin and staying healthy. Does this res ipsa loquitur (a thing that speaks for itself) model really work wonders to all? Then why doesn’t everyone following this principle get the uniformed result?

Gary Taubes does not believe so. In fact, he subverts all such received ideas of what we have so far known as norms of dieting rules and regulations because they are scientifically fallacious and commercially expedient based upon his years of punctilious research on this subject matter. In this book, Taubes goes back to the primordial question of what makes us fat despite our efforts and offers head-turning advice which “stands the the received ideas of dieting and exercising on its head”.

He criticizes such faulty knowledge on calorie intake/outtake as a result of insufficiently conducted experiments of nutritional science of the 20th century. (He calls it the product of “bad” nutritional science”) This belief of less “calorie take-in” and more “calorie-out” contradicts the science of physiology – i.e., how it works as regards to how our body digests food, where it is stored,  and how it influences our body.

Furthermore, he looks into a role of genetics playing in metabolism. Which one is more influencing in making us thin? Exercising or your genetic composition? Besides, does meat really make us fat? Should we become vegetarians to lose weight and stay gracefully thin? Taubes answers these questions in detail and enlightens us from the mass hypnotic mantras of the calorie intake/outtake that have been permeated in our society for more than a century. If you are on the verge of abandoning your will to lose weight, or tired of listening to the fad dieting, or want to try something new and really effectual just as I did, this book will make a breakthrough guidance book for your healthy life. 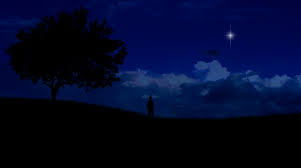 A high cold star on a winter’s night
chiming the notes of her emotions
entering a forgotten melody in the past
is the word she feels for her pathos.