The Elephants are a new family joining an illustrious body of residents of Avonlea. They are from Cape Town,, South Africa, where English is the official language, which makes them easily acculturated to the new environment. The Elephants are shown here they landed at Montgomery Airport named after the founder of Avonlea, “Lucy Maud Montgomery,” located 3 miles away from Avonlea.

This is Mr. John Elephant, the patriarch of the family. Born in September 26th, 1959 to a wealthy family of Old Money (his father was the 5th Earl of Greensleeves Castle in Yorkshire who moved to South Africa upon marrying a beautiful but impecunious American journalist named Judy Shue), John was educated as best as his wealthy father could afford him ) in England by graduating from Oxford University with a B.A. in English in aspiration of becoming a journalist as his American mother used to. However, his innate filial duty that appeared only too well incumbent upon him after his father told him to take care of their assets in the family’s trust fund that had been kept intact for three centuries since their ancestor Earl Richard Elephant set it up following a windfall of great successes in The East India Company  in the 17th Century. With such enterprising blood running in the veins, John has become a successful real estate developer since the 90s and wants to expand his business territory by coming to Avonlea under the privilege of dual citizenship permitted by the South African government.

This is Mrs. Rachel Elephant, the efficient secretary of the home office of the family. She is also an excellent homemaker who manages all the affairs concerning the logistics of the household and attends to the care of each family member with Charity, Faith, and Hope, the capital Christian Values  ornamented by her high intelligence fabulously brilliant all the more by her unassuming witty character. Rachel worked her way through college by working at Delano’s Italian Bakery, where she learned how to make the best cannolis and Amaretto cookies, which she sometimes seels at local charity events. She is also an avid reader of nonfiction books, such as essays by the 19th Century writers, history books on the Ancient Near East, the Classical Greece and Greek, and books on supernatural phenomena.

Eli Elephant is the first-born child of John and Rachel, so naturally, she basks in their all attentions and expectations. Any child in that environment will often express his stress from such parental yearnings and revolts against the parents even at the early stage of life. But Not Elie, whose filiality is inherited from her father and whose intelligence mixed with a good heart passed down from her mother.  She is also something of a social worker, for anyone she sees so pitiful that the sight of the person is registered in her mind, is in her good care. Elie goes out of her way by asking her father to help the person in distress or in a dire need, such as not raising a monthly rent fee for senior citizens subsisting solely and only on their Social Security Benefits and Supplemental Income Aid. 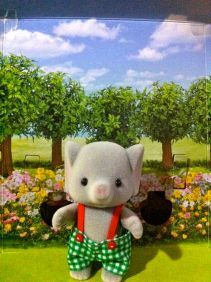 So our Joe Elephant is the youngest but the most adventurous of Elephant Clan. Like his grandfather who used to appear on the east of the Sun one one day, and the west thereof on the other day, Joe likes to venture all things worthy of winning his recognition as well as interest by himself. So it is a family norm to accept Joe’s spirit of adventure as a brilliant legacy of the Elephant Family as aforesaid in the case of Earl Richard Elephant and his Great East Indian Expedition  in the 17th Century. In addition thereto, Joe is adroita at making friends with anyone anywhere without a shade of prejudice based upon a creed, status, or appearance because that is how his parents have taught so far. As the say, “A tree is known by its fruits,” a child is a mirror of  what his parents are and what they want to be. It’s not his peers, or teachers at schools, or actors/actresses on screen that influence a child’s learning and modus operandi of dealing with the everyday life. In this respect, both John and Rachel have been doing great in inculcating the moral and ethical values in their son as well as daughter.

Now that the Elephants have made Avonlea their new home sweet home. they will continue to live according to their moral principles based upon Christian Values and the family legacy spanning over 400 years. John does not forget to remind himself of the family mottos of “Quand Je Puis,” meaning in French “As much as I can. and “Have patience with all things, but first with yourself,” which is actually a famous quotation from St. Francis de Sales. And with these in mind, John looks to the future with Hope and Faith and is ready to hit a new road again -with his dear family, as a;ways – as ever. 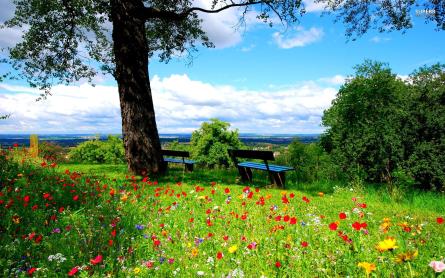