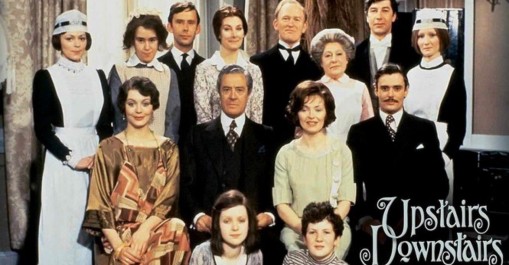 A long time ago, somewhere in London there lived two families under one grand roof: one lived in downstairs, and the other upstairs, all behaving according to their modus vivendi that seemed only natural to accept without a shadow of doubt to contest. It was the time when a lady would require a parlor maid to groom her in her boudoir and a butler would act in the capacity of a superintendent of a household as well as a messenger incognito for his master. But to dismiss those “good old days” as an obsolete oppressive social institution is to deny the memories of those cherished in their everyday lives as portrayed unforgettably in a British television drama series, “Upstairs, Downstairs” (1971).

This is not like the overhyped “Downton Abbey” in the sense that the plot of the story involves these two opposite classes (the benevolent master and the content servant) in a very fashionable mansion. Contrarywise, this classic series of “Upstairs, Downstairs” is rich with feelings and thoughts that make the viewer empathetic to the characters and absorbed into each episode for the reason that they touch upon the heart of the viewer, let alone the fine performance of the cast and the elegant screenplay attuned to all.  On the point of purely subjective note, the character of Rose Buck, an excellent parlor maid who is beautiful both inside and outside is what gives to the ethos of the drama: she is all humanity, showing compassion toward the eccentric but tragic footman Alfred who was shunned from others. Notwithstanding her goodness and beauty, Rose is unlucky with her personal life, ever finding herself out of reach of love like the forlorn nymph Echo. Her character is universally appealing regardless of time, ethnicity, and class. And Butler Hudson may seem prejudiced and stuffy, but he has a heart, too. In fact, he’s a good father figure: stern but fair, strict but kind. No one in Downstairs is sacked coldly, come what may.

The residents of Upstairs are not your proverbial snobbish English aristocratic family whose haughtiness and zero regard for their subordinates are something to be enshrined in the temple of Marxism; the Bellamy family, headed by the magnanimous and highly respectful viscount Richard Bellamy, who was originally a son of a country parson, were all too human, woven into intricate relationships of love and loneliness, betrayal and misunderstanding. To put it in a nutshell, the Bellamys are a paradigm of noblesse oblige. No wonder Butler Hudson and his Downstairs family show such a high, heartfelt regard for the family like they are their real family.

If you are accustomed to the splendid British manor scenes that typify your image of the classic British class distinctions, then you might find this drama rather antiquated and boring as a period drama. But those of you who value stories and characters, not to mention fine scripts, this will feast your senses and sensibilities. What’s more, you don’t have to be British to enjoy this excellent drama that fuses historical backgrounds as factual grounds of each episode with interesting and empathetic characters with stories to tell which we could relate to one way or another. Good dramas are contemporaneous with any period of times, theirs and ours.

Author’s Note: Since the acquisition of a Kindle Fire, I have been wallowing in the enjoyment of quality TV shows of the past. People ask me why I am hooked on the dramas or comedy shows of the bygone eras before my coming to the world. But as I firmly believe that pathos of humankind are transcendent of time and universal in every culture, my sensibilities channel me to the dramas that know no boundary of zeitgeists. I am open to all good TV shows so long as they are worth the viewing.