Tom Horn: The Controversial Life and Legacy of One of the Wild West’s Most Famous Gunslingers by Charles River Editors

You may know what you are, but you don’t know what you may be. Things never seem to go in a way that you want them to, and life can’t always be lived at the same pitch as your heart’s content. For the fickle nature of life is beyond your mortal measure, which is called the vagaries of life according to the positions of the slings and arrows of the Wheel of Fortune on which someone’s loss can become your windfalls and vice versa. That’s why life isn’t fair, and you know it, but you just have to bear it with a grin in the manner of an obscure performer on stage getting the part you don’t like. It’s easy to be said and done, but that’s how the life of Tom Horn, one of the Wild West’s most famous and last gunslingers, seems to mirror how the play of the Fate in company of the juggernaut of an epoch betrays a man’s life despite his efforts to carve it out according to his will, which makes me question the validity of Calvin’s Doctrine of Predestination that I have thus far resisted. 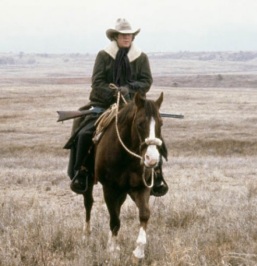 Tom Horn, born on November 20th, 1860 in Missouri, was an American scout, cowboy, soldier, cattle detective, and Pinkerton agent in the 19th-century and early 20th-century American Old West, spanning the two epochal societal and economic changes of the West that permeated the lives of the frontiersmen and women in all aspects of their contemporary life. However, nobody struggled to be accustomed to the changes more than the infamous Tom Horn, who allegedly committed 17 killings as a hired gunman throughout the west, including the dramatic capturing of the legendary Apache warrior Geronimo due to his commendable knowledge of Indian languages and negotiation skills. And yet, Tom Horn was not the usual footless gunslinger killing people for leisure or money, hanging around at saloons, or roaming about the town just to get kicks for scaring the onlookers with that usual contrived look of machismo. He was always working or in search of working out in the field, self-employed or employed, riding the horse from one end of the frontier to the other end where guns were a means of law and life. Until the U.S, Census Bureau officially closed the Western Frontier in 1900, Horn had been working as a mercenary assassin for the cattle industry whose job was to ambush cattle rustlers hired by local cattle lords. And it was during this employment that Horn was accused of killing a young boy in Iron Mountain, Wyoming as a result of a growing feud between the cattle and sheep industries breaking all borders of rationality.

Whether Horn really killed the boy remains unresolved on the grounds of insufficient substantial evidence, but upon my reading of the book in association with watching the selfsame movie, starring Steve McQueen as Tom Horn, I posit that Horn must have been framed for the murder of the boy because (1) he was always a lone wolf without attachments; (2) he had extensive working experiences of handling fugitives, criminals, and hostile natives as an expert marksman; and (3) he wasn’t as cunning and slick as others to protect himself from false accusations and other kinds of infamy.

In fact, Horn was a scapegoat for the changing social climate of the West in the transition from a lawless territory to a civilized society that slowly began to simulate the East Coast, where a man like Horn would be a subject of public farce, ridicule, and reprehension as an epitome of the barbarity of man deprived of the common constraints of civilization retorting back to the old law of teeth for teeth and eye for an eye. Horn’s glorious achievements as a dependable scout who guided the army through the unpatched perils trails packed full of unknown dangers to the frontier, a reliable bounty hunter who did his job well, and a good, conscientious employee obeying his employers were naught in the greedy minds of his cattle lords, and thus his existence was simply expendable just as another precarious serf who could be terminated for good at their wills.

Steve McQueen during a break on the set of Tom Horn

Horn’s life was ended in the gallows generated by waters in a Wyoming prison on November 20, 1903. During his numbered days in a cell, Horn wrote his autobiography, Life of Tom Horn: Government Scout and Interpreter, published posthumously in 1904. Even Geronimo expressed his disbelief of Horn’s charges and the killing of the boy in a cold-blooded fashion. True that Tom Horn has become something of a Western saga with his larger-than-life figure. Nevertheless, he was not a fictional character but a real man who tried to make the best of his life in the wilderness of the West alone with what he had. I believe that Horn was a collective scapegoat sacrificed for expiating the barbarous past of the 19th Century western frontier for the want of a new zeitgeist of the 20th century civilized western society. For this, nobody sums up the tragedy of Tom Horns better than Elizabethan dramatist and poet Shakespeare: “As flies to wanton boys, are we to the gods; they kill us for their sport.” This is why my resistance to the doctrine of Predestination is being inclined to the truce for consideration.

View all my reviews