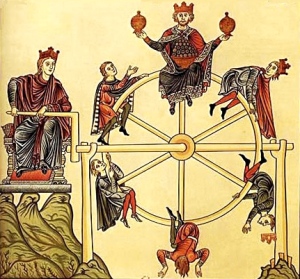 Aristotle averred that man is a political animal by nature. Anyone uninterested in politics is either a divine being or a beast considering his contemporary volatile political situations in city-states due to the Peloponnesian War. He must have noticed that an unstable government naturally spawned the populace’s grunts, usually in matters of economic hardship and arbitrary measures of civil conduct. That was millenniums ago; you might say, at least not in the United States, some might say. Then why are the scenes of the disaffected ancient Athenians overlapping with those of the disappointed Americans now at the end of this Pandemic Year like an army of living ghosts in my mind’s eye?

It all began with Covid-19 that showed politicians’ true colors, which are neither bright nor dark but only gray, grayer, and grayest. To add clarity to the grayness, the current tug-of-war in Capitol Hill regarding the Economic Impact Payment (“stimulus check”). The sudden news of the second stimulus check was a dim light of high hope for low heaven for most people whose livelihood depended on paychecks from work, social services, or other possible aid agencies. Then another beam of hope shone from the Congress that they would push for a higher amount of the stimulus check to be passed in the Senate. Woe betides anyone who believed in human kindness! The big wigs in the Senate thought that the increased amount of the check would be spent inordinately by people who would not need the monetary aid, such as the employed and others unqualified for whatever deemed unfit in the eyes of the moralists confusing coldness with principles.

As the Pythagorean theorem does not formulate life, no one can expect the exact sum of need, subject to individual circumstances. As in other countries, our political leaders do not have the right to measure their political rhetorics with personal egos in the guise of moral rectitude. They should not dictate what people do with the government-issued pittance because that the first and foremost a sign of totalitarianism over individual freedom. Once the money is given, then it’s up to the donee how it is spent, come what may. Besides, the amount of stimulus check is not as generous as the senate majority thinks. It barely covers a month worth of food, transportation, and some utility bills in most households. But then, beggars can’t be choosers. People want it, and they want it now to get by. Does the Senate know about it? I doubt it.

Those who regard folks in need of financial aid as the annoying mendicants mooching off others’ packets should know that the swift is not to victory, the strong not to wealth, but time and chance befall to all. The government should not play the role of the goddess of fortune blindfolded spinning the wheel of fortune, missing the wheel’s lucky compass to those in need of it.