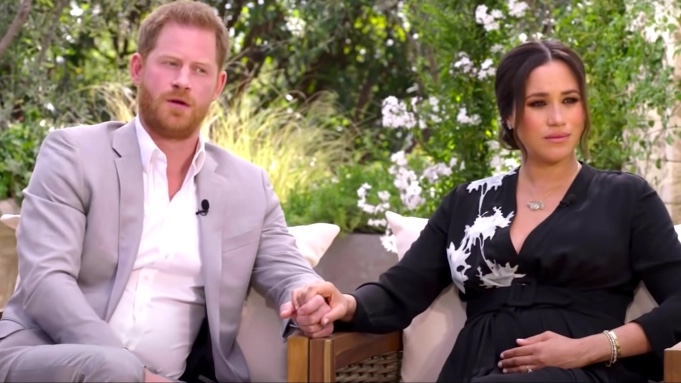 In a post-industrial age, when the mingling of classes in streets is a norm, and social mobility is a reality in a society, the stories about royal families become reality period dramas that seem to give them a status that fuses the capriciousness of greek gods with the glamour of Hollywood celebrity.

When I saw twitter’s promotion of Oprah Winfrey’s Harry and Meghan interview, I thought no wonder they were sought-after media darlings, living Romeo and Juliet, and something to talk about when things looked bleak and boring. And I honestly feel no qualms about them being a subject of gossip or the tabloid because they live in public eyes, albeit they most clamor for the privacy of their lives. Otherwise, what is the absolute need to broadcast their stories on a central television station at prime time? (No YouTube, please, in respect of their royalty.) Oprah Winfrey, who now seems to have replaced Barbara Walters’ seat, looks fit to the royal couple pleading for upscaled sympathy from the American public unfamiliar with the constitutional monarchy and possibly slightly partial to the name and images of monarchy without knowing them well.

To put the wedding story of Prince Harry and Actress Meghan Markle on a par with Cinderella story is to ignore the fact she is from a privileged class in the States with expensive private education and parental support. Despite Princess Diana’s aristocratic family background, people sympathized with the lonely Diana because of her doe-eyed, ever muliebral innocent beauty that looked impossible for debauchery. By the same virtue of beauty fused with sensualness of exotic charm, the American actress/model Meghan charmed Prince Harry, who would even venture to Hesperides’ garden to bring her a golden apple should she request. And now Harry lives in the Golden State, the land of his Helen, with a face launching waves of media coverages.

Ralph Waldo Emerson said that beauty tames the savageness of brutes and allays the hardened souls of criminals. Oscar Wilde added that a beautiful woman is the subject of conversations wherever she goes. The lovely Meghan beaming with sparkling amethyst eyes adorned with apricot cheeks reminded me of a modern-day Helen of Troy. After all, Helen’s prodigal beauty saved her from her first the ireful sword of her first and lawful husband Menelaus, the king of Sparta to whom she betrayed the slain Paris’s brother Deiphobus, her third husband. Despite vehement feminist catchphrases brandishing anti-sexism, beauty is still a woman’s privilege to achieve social escalation in work and an undefeatable power to purchase indemnity for all faults and foibles.

In addition to the claimed blackness of Meghan’s heritage, the media seems to shoehorn it to fit her estrangement feeling in the procrustean bed to a histrionic degree because one cursory glance at her wouldn’t strike her as a black woman at all. I honestly think that if a woman is beautiful, then where she comes from does not matter. In fact, I feel something is not quite right when someone in her position keeps playing a race card as a chance gambit to muster her retinue against the criticism raised by her unwilling participation in royal attendances and cavalier attitude towards learning the royal manners, which appear antithetical to her carefree American spirit hard to domesticate.

Call it an acrid narrative of a woman who juggles the daily affairs of life with what she has. Or you may say it is the usual cynical delusion of reference to those who got it all out of passionate envy burned in a fury. Yet, the interview appears to be nothing but their formal excuse for their present life, public proclamation of their still regal sovereignty warning people not to speak ill of them, which is probably directed to the ordinary whom they regard as meddlesome. Well, then let them be whoever they want to be. Playing Romeo and Juliet’s roles in a public theater in long-run shows will only lose favor with the audience, especially with Romeo now being well-stuffed, looking like a rich American, and Juliet still looking fabulous like a luxurious Beverly Hills demimonde.