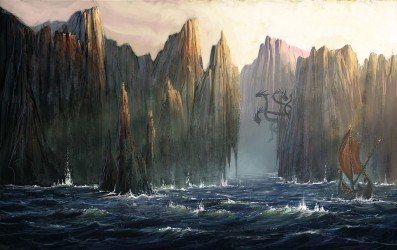 In the wilderness of the great ocean

Lies a secret script of the Fate of Man

Sealed in the silence of tidal motion

In dissimulation of the opprobrious plan

Harboring the secrecy of the Age of Man

That gods so have kept to themselves alone.

The Ages of Man, the Plays of Man

On the Stages of Acts in Humanity –

Those gods wrote and watched for fun

In the theater of Comedy and Tragedy

As the Wheel of Fortune decided what

Would be played the next, and whatnot.

The heart of the ocean sends a pulse thru me

Of the secret hidden in the watery main

With the sunny breeze that pushed Odyssey

To sail forth against the forces of the divine

To find and write a new Age of Man to witness

The victory between the Scylla and Charybdis.

P.S.: This is a poem written out of my existential crisis in the reflection of Herodutus’s theory of the Age of Man. I am not a fatalist but a believer of luck as Shakespeare was. I believe that time and chance are what ascribe to the fulfillment of your ends in life or for the nonce. Didn’t Thomas Alba Edison also corroborate that a genius is made of 1 percent of ingenuity and 99 percent of efforts? I want to embark on an Odyssey to claim my own destiny.

I have always been drawn into a writer whose noble ambition and unswerving individuality are distinct from those of the officialized popularity of famed celebrities simply because of the sheer provocativeness of the author translated into the textual world of reality, which is a reflection of his conceptions by the barrier he establishes proudly and profoundly against those of others. In fact, it is this unapologetic individuality that enables the author to become what he is capable of in protean varieties; an alchemist of words, a high priest of the temple of Apollo, a mortal equivalent of Hercules, a neo-classist of a new renaissance, an independent scholar of the great leaning, and a humanist committed to the Classical principles to contribute to the new capital of the Arts. The hero of the splendid epithets is no less the poet and playwright than Ben Jonson himself, and it is in this superbly told biography Ben Jonson: A Life that his modern disciple Ian Donaldson resurrects the person of Jonson in flesh and spirit vividly.

Ian Donaldson’s Ben Jonson begins with the burial ground of Jonson and then comes alive as Donaldson presents the protagonist Jonson through a phantasmagorical display of the epochal chapters of Jonson’s life as though to be screened for posterity in Immortal Theater of Art. Donaldson’s capacity of screenwriter and director of Ben Jonson’s dramatic life is deprived of blind idolization of Jonson as a suffering lone wolf-typed writer whose brightness was unfairly adumbrated by that of his contemporary peer William Shakespeare, nor is it intent upon accounting the greatness of Jonson over Shakespeare by elucidating the dichotomic feud between the two equally but differently brilliant literary stars in the constellation of Arts. Also, the book rejects the conventional mode of biography in the frame of “cradle to grave” by guiding the reader through specific epochal moments that profoundly influenced Jonson both personally and professionally during one of the most politically and religiously turbulent periods in the history of Great Britain.

Rich in details of the political and social backgrounds of Jonson’s plays and poems in addition to his personal elements that make him stand out among the contemporary literary figures, Donaldson follows the Thucydidean way of examining the history of Jonson in attempt to transcend the subjectivity of the time and popular opinions on the subject and to balance scholarly objective equilibrium to test the validity of truth about the subject matter to the extent possible by holding his express personal opinion thereon. The result is myriad imaginations and images of Jonson as the reader likes to create, whether it be that of dauntlessly confident Achilles, wisely ambitious Agamemnon, divinely valorous Odysseus, or compassionately passionate Hercules.

Upon reading this book, I saw the images of Rodrigo Mendoza played by Robert De Niro from the excellent film “The Mission” and Ben Jonson as himself springing from my mind’s garden as both of their faces a piece like a great Ancient Greek statue. Both of them are passionately devoted to their causes, unfailingly humane, and admirably courageous in fulfilling their destiny to achieve their noble ambitions for the good of humanity – one for the building of terrestrial heaven governed by deeds according to the Gospel in the case of Fr. Mendoza and the other in the person of Jonson for the reconstruction of British Renaissance based upon classical principles as a stratagem of moral and artistic reform. And behind this fascinating literary witchcraft lays Donaldson’s superb biography of Ben Jonson that successfully resurrects the noble and heroic spirit of his literary Hero whose work is enshrined in the Temple of Divine Arts as a scintillating star of the Humanities. And I am sure that Jonson is so happy with Donaldson’s account of his life that he introduces his biographer to the Immortals (including his chum Shakespeare) and that they are having a divine feast with heavenly wine in a constellation of literary stars evermore.

View all my reviews

In the soft sweet moonlight

With the bright hues of

in a delight of a gentle caress

of the commending nightly sky

and its reflection in the waters

Beneath the visiting lunar beauty

P.S.: The moon has been an inspiration for many a writer, ranging from Ben Jonson, who revered it as a seat of chaste goddess Diana, to W.H. Auden, eulogizing it as the one and only lunar beauty. I took the liberty of joining Jonson and Auden by writing this with the image of the moon I have in mind. 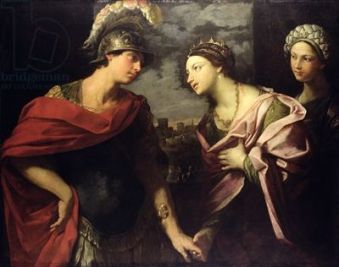 From a land ravaged by a wooden horse with a golden apple for the fairest of the divine beauties appearing to a prince so young, so impetuous in judgment thereof,

There came a poor beautiful stranger destined for the supernal fate to rule the mortal to the diamond eyes of a maiden queen ethereal in beauty, graceful in act and hapless in love.

The queen bade him with tears and roses in succession day and night, in desperate attempt to keep his presence, his body and his soul, all but an entreaty so futile,

So forlorn, with a promise of her kingdom and her fidelity in return for nothing but his surrendering of himself to her and herself to him till the mortal fate was ended, till one had to cross the River of Styx.

Alas, but the queen’s to be thwarted, she’s to be abandoned by the divine plan forced by the arrival of Mercury, god of war whispering to the poor stranger for the imminent departure for destiny far more magnificent, far more supreme,

As dictated by Jupiter, god of all regions crossing death and life forever who put forward a divine plan over mortal feelings however pitiable.

Thus did the stranger set to sail the seas full of perils ever more.

The queen defied, she cried, she pleaded, but all ended in nought as the poor stranger was to depart cruelly with no tender words of love that’s planted, nourished,

And admired by the queen so now distraught by his betrayal of her love with her plea wreathed in tears and flowers.

Now her love became her poison consuming all of her ever more,

Now he became her foe ravishing all of her in surrender of love.

But what of it when all’s ended in a sea of heartaches thousand times, with no reason to reign as a queen without her lover by her side?

Nothing, nothing’s to remedy her spirit that’s broken thousand times, for nothing, nothing would console the lonely queen in cruel abandonment,

But the last will to burn her body and soul consumed in madness of passion on an ancient funeral pyre that engulfed every part of her whispering to her departing spirit that love would come never more – Nevermore! 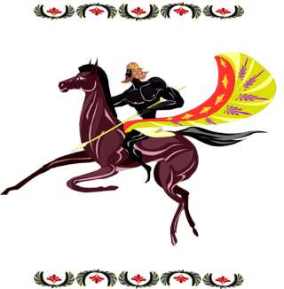 Thousands of years ago when gods and goddesses
Lived among the mortal and made love to them,
There lived a man in Greece across the oceans
Whose muscles invincible, confidence supernatural,
His spirit all greatness, all sincerity, all eagerness,
Untainted by the vanity of his divine heritage of Zeus.

A fruit of lustful possession of the mortal beauty
Named Alcmena by Zeus, the god of gods, in slumber,
The son of god, the infant prodigy toying with a snake,
Grew out to be on a par with the strength and esteem of gods
That was the sacred prerogative exclusive to the Olympian.

But lo! It was nothing but the elitism of the gods, for he could
Threaten the Sun to make it cool, waves when his boat’s tossed at seas,
And his music teacher for forcing him to play the lute against his will.
But alas, this man of incorruptible pride, of exceptional valor
Was to be pierced by the unquenchable flame of jealousy and
Hatred of Hera, the wife of Zeus, for his being the love child of
Her ever amorous husband whose objects of passion knew
No boundary between the mortal and immortal evermore,
Which she couldn’t bear at the sight of Heracles, nevermore.

Thus, Hera cast the spell of Madness upon the son of Zeus,
Making him blind with terrible rage, talking sound and fury,
And exciting him to slay his wife and their three sons with a sword
smeared with their blood so crimson, so warm with their last breaths,
Leaving the wretched man in a bottomless pit of guilt and shame
In his awakening from the bewitched madness driven by the sulphurous
Envy of the wife of god, who sired this son of god, who loved his mother.

The great surge of remorse swept over Heracles with wells of tears,
The sublime wish to expiate his sin suddenly urged him to go
To the Oracle of Delphi for Apollo’s guidance for his penance,
Where the sacred priestess in fits of divine frenzy told him to
Eurystheus, King of Mycenae, his cousin, the inferior to his being
To purge out his sins of Matricide, Uxoricide, Prolicide, and Filicide,
Once for all, in the name of Apollo, god of the Sun, Truth, and Healing.

Thus obeyed Heracles, our wretched but genuine man of courage,
Who, at the command of Eurystheus, his loyal cousin, undertook
The Twelve Great Labors so impossible, so unthinkable, so incredible
By himself, alone, in act of penitence that was so brutal, so primordial as thus:

Killing the Lion was met by vanquishing the Hydra;
Then he had to capture the Stag and the Boar;
He even deigned to clean the filthy Stables in a single day
To kill the monster Bids, followed by capturing of the bull;
Thereupon, he rounded up the Mares to steal the Girdle;
Herded the Cattle so unmanageable and untamable;
Went to fetch the Apples and then captured the Dog of the Underworld.

The Greatness of the Spirit, the Purity of the Soul,
Far excellent, far above the Reason clothed in cowardly pride,
Far higher than arrogance and hypocrisy in the guise of intelligence,
Was the name of Heracles to whom no fear and intimidation did appear,
Nor the impossibility, nor injustice did exist in therein eternally evermore
enshrined in the memory of the half-man, half-god who once lived among us.