“Give me a box of bonbons and a pouch of fruit candy assorted with gummy worms to sweeten my vapid imaginations! Oh, and a cup of Hazelnut coffee with a little bit of half-and-half to spark up my dormant spirit that resists to awake after a day-off.” Sally was hoping to make a new Monday as vivacious and jovial as possible, so she decided to meet with her lovely alter ego Bonnie for brisk morning sauntering. Yes, sauntering. Or even perambulating, which in fact reminded her of a baby perambulator.

“Hi, Sally!” Bonnie’s euphonious soprano voice manifested her presence like a spirit conjured up by a magician in an esoteric ancient language. Sally saw her dear friend approaching her from a distance waving effervescently at her with genuine smile. ” Oh, Dear. You look a bit pale… Have you eaten well? And please tell me not you are in a diet because you need it not.” Bonnie was concerned about a noticeable difference in Sally’s outward view: she looked thinner than before, and it did not look becoming to Sally. No, it was not out of that cardinal jealousy of womankind that knew neither friendship nor truth. In the eye of Bonnie, Sally looked prettiest with her round cheeks and dimpled elbows.

“No, I am not on a diet, but I just did not have any appetite… I like walking than eating! Well, let’s call it our “sauntering” as the great poet Henry David Thoreau defined. Do you know Thoreau himself was an aumbulater nascitur non fit? He was an avid walker who used to spend about two hours walking in nature. His study was out of doors like his poet pal William Wordsworth.” “Oh, I did not know it, Sally. I only know that Thoreau was a great naturalist poet and died from consumption. “Yes, Bonnie. That too was right. Soon both adorable ladies were embarking on their ritualistic morning sauntering along the Avenues of trees and flowers with larks and bluetits vivaciously chirping and tweeting, all in nature’s symphony that could make you forgive your foes and love humankind at least for that pristine moment of pleasure.

Thoreau was right: the act of sauntering in nature would blot out the strains and cares of contemporary life and anesthetize your weary body and minds against the strains of everyday life. It’s absolute freedom from all worldly engagement. Like Thoreau, Sally thought that sauntering was not an exercise but a kind of enterprise, an adventure of a day that invigorated her spirit and mind. And Sally was hoping that Bonnie would share her pleasure of appreciating the symphony of nature. “You know Thoreau was something of an eccentric genius,” Sally decided to add some tidbit of gossip on the poet. “Oh, really? How so? ” Bonnie seemed intrigued.  “Well, he never went to church but believed in God; did not marry, nor did he cast vote, nor did he pay taxes! But this very individuality endowed him with a crown of literary ascendancy, I think.” “How could he not pay his due taxes as it’s his sacrosanct duty and responsibility as a citizen? You know what, Sally? That’s why I do not like any of these intellectuals who put ideas before their civic duties and personal responsibilities.”

Bonnie’s truculent remark was a bit startling aberration of her usual diplomatic modus operandi of expressing her opinion. But come to think of it, she couldn’t agree more with her friend about the duplicity of so-called the intellectuals, the new ecclesiastical estate of our modern society. And Sally was inwardly glad to have a friend as thoughtful and truthful as Bonnie. But still, Sally wanted to spare Thoreau from the supercilious learned elites.

The ante meridian sun was suavely sunny in the fiercely blue sky that would remind you of the celestial garb of the Virgin Mary in Rembrandt’s paintings.  The Italians would call the color “azure,” and they were good at making the pigment for Renaissance painters who raved about its lucidity and vivacity of the exquisite hue. And the fragrant breeze was a blessing of the beautiful Titan-goddess Aura for their friendship bound by mutual understanding and love of history and literature. As the two good friends were continuing to enjoy their sauntering in nature, it seemed right that without even going to church on Sundays, you could find the evidence of the Creator in awe of nature’s beauty and feel the presence of the existence just as Thoreau and the late Pope John Paul Second had felt and expressed. 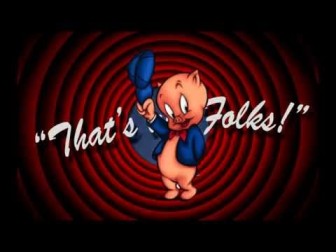