Fake news is not an unique thing of our social media era. As there is nothing new under the sun, ludicrously fake news dealing with fatalities, especially of the famous, irked the nerves of the victims of such falsity. Subsequently, the selling of the newspaper like hot cakes was all over but the shouting. The logic of the fake news is a priori simple:  sensationalism has always been a tacitly cardinal principle of journalism to bring the grist to the mill for instantly skyrocketing readership with consummate profits in no time. It’s all linked to mob psychology, often without moral and ethical culpability when the media rashly trumpets a premature death of a living person. 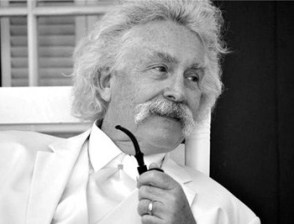 Let’s go back to the time when the great American humorist and writer Mark Twain (1835-1910) regularly featured in the nationwide newspapers with his trademark scintillating remarks on just about any subject that piqued him; but none other than reading articles about his own deaths twice in the New York Times would have perturbed his otherwise usual sanguine nature. After the first ignominy, the writer told the Times that it was an exaggeration. But after the second occasion, when the Times suggested that he had been the victim of a yachting accident, he thought he had it enough for such media farce and remonstrated to the Times with a public complaint that he would make a thorough investigation of the fallacious report. To think that a respectful newspaper such as The New York Times published such fake news of the famous writer of the time twice is something of a bitter pill to swallow, but it also shows that reputation isn’t necessarily likened to integrity or even probity.

It’s also interesting to see how a falsely presumably dead person reacted to the news of his own demise in the newspaper. Now I am going to pitchfork my reader to the early Victorian period to introduce you Samuel Taylor Coleridge (1772-1834), a great English poet and literary critic who wrote “The Rime of the Ancient Mariner.” In 1846, a man’s body was found hanging from a tree in London’s Hyde Park and was identified as the poet himself by the very name stitched into the jacket, which had been stolen from the alive-and-kicking poet. Upon our asking him about the fallaciousness of his printed death, Coleridge stoically, wittingly, and leniently piped up: “It is a most extraordinary thing that he should have hanged himself, be the subject of an inquest, and yet that he should at this moment be speaking to you.”

Would all those famous people cope with their prematurely published obituaries as the aforesaid with magnanimity? Surely, Humanly No. Rudyard Kipling (1865-1936), who wrote the timelessly fascinating Jungle Book, was anything but human after the ignominy of reading his own obituary in the newspaper. Naturally, he resisted biting the dust and wrote the letter to the newspaper as thus: “I’ve just read that I am dead. Don’t forget to delete me from your list of subscribers.” How brilliantly he wielded his pen to vindicate such false killing of his life with intelligence and witticism! I wonder if any of our contemporaries responds or will ever respond to any fake news to this effect. Does this also mean that our reading brain that helps us to develop our cognitive abilities has been adversely affected by mindless decoding of the digital letters on the Internet as presented by Dr. Maryanne Wolf whose book Proust and the Squid I am reading at the moment?

As the sudden surge of accusations of insensitivity to cultural, social, and personal traits is presently all the rage, it is helpful to retrospect to the precedents that might provide us with universal truths about life and how to respond to existential dealings in life that are not too much anachronistically different from ours in contemporary time. It is hardly likely that the social media will rein in their impulsive dissemination of sensational news on their platforms because it is a fortiori their modus operandi of generating profits as far as I know. And yet, we can learn from the way Twain, Coleridge, and Kipling reacted to their ludicrous false demises with intelligence, poise, and wit, let alone something about the sensational nature of journalism that is aimed at producing ever provocative – however false it is – news to the public.