What distinguishes Charles Dickens from his contemporary writers is his belief in redemption, forgiveness, and benevolence of a human spirit triumphing over poverty, guilt, and death, the three cardinal ordeals of existential phenomena. For almost every character in his oeuvres, including villains, heroes/heroines, and even minor characters, has some shred of redeemable traits, if not goodness in the case of swindlers, pickpockets, or murderers. The question of morality in the Dickensian world is never proprietarily imposed upon the reader, and thereby leaves out harsh puritanical judgment of a character because humans are more sinned against than sinning. That’s the beauty of Dickensian reality set in the background of the stuffy Victorian reality. That’s why I can’t hate any of his characters, such as Bill Sikes, The Artful Dodger, and even Fagin from Oliver Twist in the parade of humanity.

The TV adaptation of the novel by BBC (1985) is truthful to the original context, capturing every moment of emotions and feelings as finely portrayed by a skillful cast of the characters. The story of an impoverished orphan child whose resilience and innocence got him through misadventures and ultimately rewarded him with a bounty of loving family and well-deserved munificent largess may look to be a typical rags-to-riches fable. But such a presumptuously precarious judgment of the story will deprive the reader of the beauty of Dickensian characters as aforementioned.

Take Bill Sikes, a tall and lean professional burglar whose callous treatments of Nancy, his live-in girlfriend also a pickpocket, and his loyal mutt Bull’s eye are downright contemptible. It goes without saying that this Bill Sikes character is in no way likable or pitiable. Yet, such egregiousness that only invokes contempt is what makes Sykes a fortiori pathetic. After he killed his beautiful-hearted Nancy in a paroxysm of rage, Sikes shed a cascade of tears that looked to me more of guilt and regret than of any other reason I could think of. As a matter of fact, watching the Sikes character shedding tears perturbed my heart because I could glimpse at his heart hardened by his life of poverty that had led him to the life of crime.

What about Fagin, a boss of juvenile pickpockets, who is driven half mad at the thought of his being hanged at Newgate? Maybe it’s because his character was visually manifested on screen, but he also won my sympathy over such madness, which made me wonder if his insurmountable surge of remorse for his crime made him mad. Also, the artful Dodger, the most skillful pickpocket of the gang captured and tried at the court, was the figure of pathos. Would he have fallen into the world of crime had he been born into a well-to-do family? Or if a divisory lot – that is, a play of chance given by goddess Fortuna – had been favorable to him, would he have found himself in where he was?

Call it childlike credulousness or a feminine streak of maudlinness, but I don’t want to make draconian measures against these antagonistic characters by putting them into a Procrustean bed of morality one by one. For it is necessary without a gesture of condescension or insolent attitude masked in charity to get into the inside world of the characters to understand what made them choose the life they lived in the face of poverty, hopelessness, and loneliness. I cannot help thinking that a game of chance each of them tried to get was against him and scoffed at his attempt to make it right in his life. In that regard, this is the question that Dickens asks to us: what would you do if you would put yourself in their shoes?  Dickens tacitly implies that only the goodness of our heart that comes from our empathy can save the world. Come to think of it, it is no wonder why Catholics and Marxists alike wanted to claim Dickens to be one of their own in his era. For these reasons, his novels should not be confined in a genre of Victorian literature because the subjects are timeless, and the characters appealing with universal traits of humanity that know no cultural, linguistic, and social barriers. 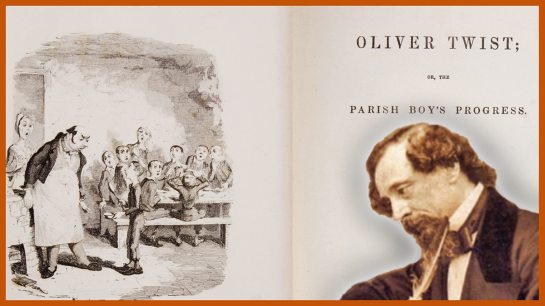