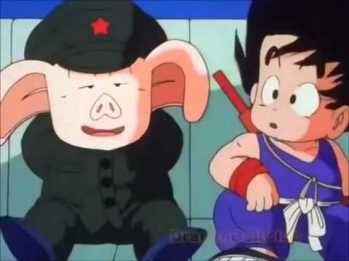 They dispirited Joy to the World; no more Christmas carols, no more resplendently colorful lights of Christmas trees, let alone no more exchanges of Christmas gifts. Instead, they brandish a Five-starred Red Flag, chanting party doctrines and Chinese cultural manifesto amid a flow of flashy foreign imports and an ostentatious charade of manufactured exports produced in high volume sales at a low unit margin of profit in world market. To paraphrase the universal Shakespeare, I must be cruel, only to be kind: Thus truth begins and reality remains behind. It is indelible truth that in this time of global community, indispensably interconnected by mutual needs and benefits, what is reckoned an Orwellian idea of totalitarianism as fabulously satirized in Animal Farms and 1984 is really happening in our time.

To come upon an article from the Internet issue of The Guardian on Chinese government’s banning on Christmas celebrations spurred me on to write this piece of short essay. The journalist objectively reports that the Communist government crack downed on Christmas celebrations, dismissing as “western festivals” that have no cultural values on their Chinese cultural heritage, which should be in turn actively promoted among the comrades. The governmental institutions, schools, and bureaus relayed a directive at the behest of Xi Jinping, disapproving of observation of Christmas as well as practice of Christian religions, under the pretext of “maintaining stability” and cohesiveness of Chinese cultural legacies. Moreover, the myrmidons of Xi, the cult of Communism, ingratiate themselves with old-fashioned propaganda that urges Chinese people to refuse all other foreign (especially, western) festivals because they will corrupt the purity of their culture and weaken their party ideals.

However, such is not a sudden raid on non-Chinese customs or anything that might look threatening to the despotic hegemony of the Communist Chinese Party. It has always been there, but now the tip of the iceberg is beginning to show by Xi’s political ambition conflated with his proud Chinese ethnocentrism. With respect to religious freedom in China, it has not been changed since the Cultural Revolution. For instance, China does not have diplomatic relations with the Vatican, and it has its own version of schismatic Chinese Patriotic Church of China, which the Vatican does not recognize. Not only the Catholics but also other Christian denominators are persecuted. The article informs the reader that the police raided a children’s Bible class, shut churches, and arrested the members because they practiced the religions outside of officially sanctioned institutions, which are in fact none other than governmental institutions vested with the ostensible canopy of a few de rigeur religious objects. 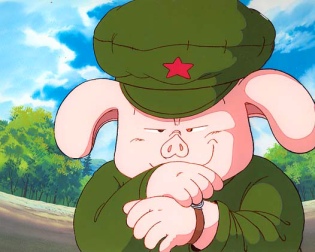 Woe betides Xi, his myrmidons, the extreme Chinese jingoists, and their sympathizers who blindly declaim about their cultural superiority and proud ethnocentrism lasting for centuries despite their historical losses against the British, the Japanese, the Americans, and the Koreans. According to Ma Jian, a Chinese-British writer whose wife Flora Drew is his English translator, in China Dream, a satire about the Chinese communist totalitarianism, the Party developed a neural implant called the China Dream Device that is inserted to a person’s brain to wipe out his entire memories and dreams and to enter the Party ideals for the glory of New China built upon a gauche mixture of blatant consumerism and blind nationalism. The result is a Big Overfed Child who only thinks for himself and behaves without a decorum of civility common to Civilized Man.

Xi and the Party should first learn by heart that Christmas is not a byproduct of western materialism – which ironically has become their chief god – or an epiphenomenon of western imperialism under the aegis of European Christendom. Christian or non-Christian, Western or Eastern, Christmas is a joyful, a feel-good day that has been celebrated for centuries. It’s a most celebrated holiday season around the world that imparts a sense of warmth, togetherness, love, and hope. It does not require of anyone a special membership to enjoy the spirit. Besides, Jesus of Nazareth was not western but eastern because Israel was and still is geographically located in Asia. In light of the aforesaid, what the leaders and its Leader of the Party should understand is the cultural, religious foundations of not only Christmas Day but also all other legacies of humanity that transcend the subjectivity of time, territory, and tribe because as Edmund Burke also attested: “The standard of reason and taste is universal in all human creatures as regards principles of judgment and of sentiment common to all mankind.” Without the knowledge, China will still be clothed in the Old Mao Suit that does not fit.