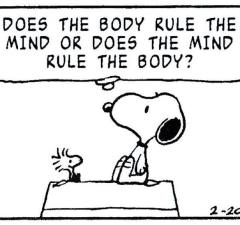 The brain is a foundation of the universe that controls our physical as well as mental being. In a similar manner of the cosmos constantly moving across the great divine space, the brain fires nerve cells called neurons and expands their territories from the physical realms of perception to the world of consciousness, which creates a model of our own reality. The brain is the leviathan enterprise that puts together the tesserae of our existence under our constant attentive care of its functional longevity by understanding its fabulous varieties that neither age cannot wither away nor custom can stale away.

Our brains keep learning and adopting throughout our lives by the two neurological processes: Neurogenesis by which the brain creates neurons and neuroplasticity, the ability of the brain to rewire the connections between the neurons. These processes continue to change and grow our brains into very old age as scientifically corroborated by the finding of these neurological processes in the brains of 70-year-olds with terminal illness. Also, Albert Einstein whose brain was dissected after his death to unravel the secret of the genius was found to have more interconnections between the neurons in his brain. This is very telling evidence because Einstein was considered “slow” during his high school years. What Einstein made genius was his use of imaginations and reasoning skills that required of him the use of the faculties of the mind to the extent possible by firing and wiring millions of neurons. To further illustrate the wonder works of neurogenesis and neurolplasticity, scientists have found it in the avian world. Unlike other birds, canaries produce new melodies every ear to attract a mate. On examining their brains, scientists discovered that canaries generate each neurons each spring.

The theory of the brain is not as complex as it seems. Simply put, thoughts are like “sparks” rising from a campfire or sunlight’s igniting fire when focused through a magnifying glass. A thought repeated with intense focus becomes concentrated mental power, which becomes a dominant, archetypal energy that authorizes our thoughts and actions. These thoughts in the form of neurons form neural networks, which are like paths through a meadow. What we should do is a change in our brain by rewiring the neural pathways that drive our thought and actions. Einstein, whether or not he knew about neurology, constantly expanded the neural networks by engaging himself in finding a Rosetta Stone for Relativity Theory and other questions of the Universe.

The workings of the brain are in conjunction  with the upkeep of physical exercise, social interactions, and new daily challenges because they are portent stimuli to ignite ongoing mental sparks in the brain. In fact, the ancient Greeks and Romans already knew about the key elements of keeping the body and mind fit with the slogan of “Mans sana in corpore sano” (Sound mind dwells in healthy body.” Father of western narrative history Herodotus noted a holistic connection between diet, drink, exercise and lifespan. Socrates pointed out that many people did not think clearly because their body wasn’t in good health. His pupil and founder of Lyceum Aristotle added that physical exercise was essential for general mental and physical capacity. Then there was famous Roman orator, writer, and statesman Cicero proclaimed that soundness of mind depended on applying one’s energies to something of interest. This relates to the empirical finding of keeping the mind fit and alert in spite of horrible existential situations as evidenced by founder of Logotheraphy Viktor E. Frankl, who endured the horrors of daily life at Auschwitz and other subsequent concentration camps by persistently forcing this thought to turn to drafting his books on the tablet of his mind to publish them after the war. It’s both a priori and a posteriori illustration of how channeling one’s interest to intellectual or creative activities keeps his mental state stable and fit in such a dreadful mire of despondency and atrociousness.

In light of the above, it is not a hyped fashionably cliched mantra that we are what we think and what we do all the time. Popularity of self-help literature bestriding the bestseller charts has the origin of truth in the workings of the brain in the form of neurogenesis and neuroplasticity. For my own brain at the moment of writing this essay is firing and wiring neurons, expanding the neural pathways and the yonder territories of my consciousness. The brain is then also plastic because it is being shaped by everything we do and what we opt not to do. It’s really a self-fulfilling prophecy without recourse to deities or even demons. Consequently, the more actively we use our brain to accomplish new daily challenges by fulfilling demands placed upon our daily tasks however trifle and insignificant that may seem and learning something creative or intellectually stimulating, the healthier our bodily and mental health becomes. Which is elegantly summed up by poet Henry Wadsworth Longfellow: “Still achieving, still pursuing… Learning to labor and wait.” For this reason, the brain and the mind are concomitantly intertwined to constitute our wholeness so fascinating, so awesome that even a Psalmist praised God because we are “fearfully and wonderfully made.” Surely, the praise is worth the singing, for our brain and its works are indeed a wonder.