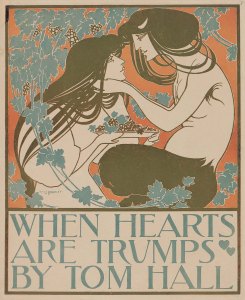 Hector was wide awake in the middle of the night. His bare chest was covered with beads of sweat, and his lips wet with drops of water from the jar beside their bedside. Hector looked at his wife sound asleep: Moira’s pretty face looked lifeless in the moonlit darkness, and her silhouette of the slender frame even more soulless against the luminescent lunar beauty from her celestial abode in the nightly sky. Maybe it was that moon, the Full Moon in the midsummer night that filled his heart with a tempestuous desire of a dangerous liaison, of violent passion, of primitive instinct, all of which was a forbidden play for a man like Hector whose status and condition could move heaven and earth, as it were, whose valiant beauty also matched the sweetness of his mind. He was indeed a curious conflation of innocence and worldliness, an enchanting consilience of Platonism with Eroticism, in the manifestation of those thousand actions, those thousand expressions that flew from his own person, fascinatingly interacting with his irresistible manhood.

Hector was looking at the lunar beauty at the terrace, hypnotically infatuated with an indescribable yearning for a secret escapade from the confinement of his conjugal life. No, it wasn’t just one of those whims and caprices that a married man bored with his marriage usually craved. Moira was a loyal and dutiful wife with a practical sense of the world who bore him two beautiful daughters. She was a daughter of a well-to-do merchant in Rome, assisting her father at his shop where Hector used to visit for his trade. Pretty as she was, she wasn’t exactly a Helen whose faces launched thousands of ships. Yet her sensible words and lively actions were what prompted Hector to pursue her as his would-be wife who could settle into his way of life. Funny that, my dear reader. For someone like Hector had remained unattached for long despite his beauty, talent, and character. No, he wasn’t a shameless cult of sybaritic Bacchus, nor did he attempt to, nor was he inclined to cross over the boundary of Eros in any mode of preference. He was rather an idealist, a romantic follower of Apollo in search of endless love consummated by Eros and Psyche. Call it cloddish, vagarious, or hokum even, but that was what he was, really. That was how he kept his wild horse of desire in him, still. That was why he wanted to release it from its rein, now.

The story of Eros and Psyche was his favorite, reverberating down to the bottom of his heart. But then it was more of Eros that sparked his dormant passion locked into his mind’s cabinet. For he was a man after all whose sensory organs would react to the stimuli of the seen, the beautiful, the enchanting, the mysterious, and the fatal. He’s all up for it, waiting for it, and going for it. The moon was still high above all the lives of the nightly world, and as its soft white luminescence was glowing and glowing harder, and penetrating his Olympian body deeper, Hector’s desire of a dangerous liaison was growing bigger, louder, and bolder in an ineffable ecstasy of unknown love as mysterious and adventurous as the ones shared by Goddess Circe and Odyssey and Eros and Psyche. He was in the theater of this solipsistic midsummer night’s ecstasy, swept away by his violent passion that knew no restraints with all his vigor, with all his virility, and with all his vitality.

The phantasmagorical display of the sensual dreamscapes was beginning to fade as Chariot of Apollo was approaching yonder in the dusky distance. Forget Shame. Perish Fear. Curse Fate. Hector wouldn’t let his passion for his unknown love dissipate into one night’s dream, safely ensconced in the complacency of his life. He would look for her, wherever she might be. As the dawn finally broke, Hector’s eyes sparkled with brown marbles, so beautiful that they could be sinful to look at. He decided to go to travel to Cumea, where there was his studio of paintings and sculptures. But first, he was going to tell Moira that he’s going to stay at his studio alone until he finished creating his new work of art. And he knew it would be a magnum opus following his unstoppable heart.