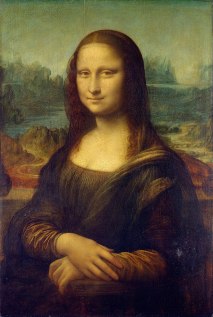 108 years ago from today, an Italian handyman named Vincenzo Peruggia stayed a night at Louvre with Leonard da Vinci’s Mona Lisa in his arms and walked away the next morning with a trunk where the famous da Vinci’s woman was hidden. The workers coming to work at the museum early in the morning saw him but didn’t cast a shred of doubt that the unassuming handy man would keep the painting at his house for the next 2 years.

What’s more, the museum had not noticed the missing of Mona Lisa until a visitor inquired after its whereabout. Mona Lisa was surely a beauty with a mysteriously enticing smile, but no one seemed to fancy her to a heart’s content; she was just one of da Vinci’s paintings worth displaying as a panoply of his ingenuity.

Back in the humbling dwelling of Peruggia – the handyman who in his heart was a patriotic guardian of the Italian cultural treasures-, the kidnapped Mona Lisa began to cohabitate with him by perchance for 2 good years until her Italian abductor finally decided to return to his homeland with her. In his mind, Peruggia might have thought it just to return Mona Lisa to her birthplace as he was taking her to a local museum. On the contrary, it was not a wreath of olive for his patriotism that was bestowed on him but a pair of metal handcuffs that was going to be presented to him for smuggling. To pour salt in the punctured wound of his heart, Peruggia had to serve a brief spell in prison.

What happened to Mona Lisa thereafter was a proverbial tale of an ordeal-turned-fortune; upon returning to the Louvre, Mona Lisa became so famous with the antics that she was the celebrity of the museum, let alone the most known painting of her creator all over the world. Shakespeare was right because Peruggia’s abduction of the painting was a tide that brought her timeless fortune.