There are two kinds of morality: one is speculative morality by which your thinking directs you to find the truth about the way things are. The other is practical morality, in which your eyes dictate you to find the applicability of your moral precepts to real-life situations. Since your ultimate end is happiness in life, you choose what deems to be reasonably advantageous means to achieve the purpose. Now here is where your moral dilemma arises from a crossroad of modus vivendi and modus operandi often directive of ego, the appetite of the sense, in the sovereign of free will beyond the boundary of Natural Law. 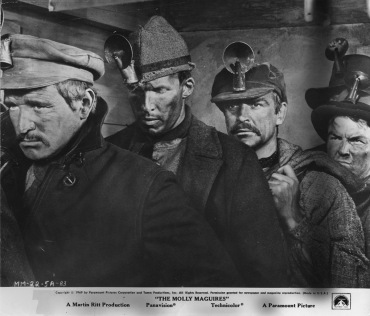 The question of conditional morality in the face of life’s challenges is the thematic context of “The Molly Maguires” (1970), an American film directed by Martin Ritt. It is a drama of the secret society of Irish immigrant mineworkers led by Jack Kehoe (played by Sean Connery) battling to better conditions in the Irish immigrant community of coal miners in the 1870’s Pennsylvania. The story begins when Pinkerton Detective James McParlan (played by Richard Harris), employed to infiltrate the organization, arrives at the poverty-stricken mining village. McParlan himself is also an Irish immigrant from Ulster and sees his fellow compatriots slaving away at the worst working conditions in the gate of a subterranean pit of anthracite with the danger of death always lurking in all wither. The proverb of “Blood is thicker than water” may have smeared in his tortured muscles because McParlan can not be immune from the anger and vengeance that binds the Mollies together as he shares his sweats and laughs with them. The Mollies sabotage the means of production in their ingeniously effective ways and even kill the members of the powers that be if necessary, to deliver their resentment to the oppressors of failed wishes and frustrated dreams in the necessity of meager livelihood. The biblical message of “Refrain from anger, turn from wrath. Do not fret” rings hollow in the selfishness of leisured life that has no regard for those whose fortune’s malice overthrows their states.

The moral dilemma in which McParlan finds himself results from a clash of his id, speculative intellect, and ego, practical intellect, that binds him in the natural inclination to happiness, which he intends to obtain from a love of his landlady and prestige of social standing. Besides, as the fellowship of the Mollies enters a realm of his newfound fraternity of brotherhood, McParlan forces himself to subject natural human feelings to a rationalization of thinking under the sway of the reason for success. He sets his virtue by compromising moral precepts to realistic means of life in choosing what deems to be the most practical way of achieving his ultimate ends via a chariot of ambition without the charioteer.

This film does not turn out to be a grand social movie that its synopsis seems to present but a compelling drama of human nature and actions in contemplation of what constitutes moral actions. This film is not only about the Irish immigrant coal miners but also about those whose precious dreams and wishes are hard to materialize in the harsh reality of life. You will see that values are variable, and that virtue is a settled way of performing what you think right. Perhaps, Oscar Wile is right in saying, “Morality, like art, means drawing a line someplace.” Nevertheless, one thing is sure that you cannot do an immoral act for moral reasons, even if every human action is just as such right, come what may. 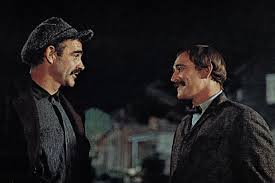