Religion is a man-made institution that has a hierarchy with a set of values and norms as dictated in protocols. Even the reformation trailblazer Martin Luther, who protested against institutional abuses of the Church, is not entirely free from the criticism. Thus, I hold a healthy amount of preconception about a religious individual whose outwardly practice of faith incongruent with his or her inwardly reflection of personality, which is a view shared by Gandhi’s opinion attesting, “I admire Jesus, not the followers of his.” The movie “Hawaii” (1966), an American drama about Calvinist missionaries and the Hawaiian natives directed by George Roy Hill, echoes the sentiment conflated with the profundity of religious zeal and the nature of humanity laid bare in the clash of cultures. 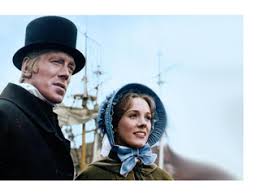 The epic adventure story is structured around stern Calvinist Reverend Abner (played by Max von Sydow) with his faithful and delightful wife, Jerusha (played by Julie Andrews). Abner’s devotion to the religious cause at the urge of young Hawaiian prince Keoki at the Yale Divinity School brings them to the beautiful heathen islands of Hawaii. Abner is a good man disoriented in the realm of dreary religiosity and ethnocentrism. He sees the beauty in his wife Jerusha and the land of the people he comes to serve but averts his eyes from it with the Bible on the one hand. He keeps all-natural feelings of love, joy, sadness, and even jealousy locked in his puritanical castle of mind and preaches the ire of God that imbues the natives with fear, not love. One look at him will make a man like Captain Hoxworth (played by Richard Harris) infuriated with contempt for the loss of her beloved Jerusha to such ungainly zealot. Abner is, in short, a man of God and would like to think him so as the will of God he serves.

Max Von Sydow’s skillful performance of the role of Abner invokes both contempt and sympathy for the character who does not know how to act in the intimacy of human relationships. It seems that Sydow is particularly good at playing a clergy as he also did as veteran Jesuit Father Merrin in “The Exorcist” (1973). The tall slim figure carries the intellectual air without the pretentiousness that separates him from the mass, giving him the likeness of a suffering philosopher in the wrong place at the wrong time. In playing the internal character in the external context of reality, Sydow does a beautifully nuanced job of capturing all the inner conflicting emotions ranging from joy to disappointment, to ire mixed with envy, and to sorrow. Thus, Abner’s follies and foibles are forgivable and, in fact, a medium for his new conversion into the religion of Charity, Hope, and Faith.

The movie portrays a realistic portrayal of a missionary living in a foreign land. The excellent Jesuit method of enculturation is possible only when he is celibate without a family to support. Then, even mastery of enculturation guarantees no eradication of racial and cultural pride of the actor. Perhaps, the wish of an entirely benign messenger of the Gospel is vain mother to the thought in the ideation of an impeccable man of God. The best thing is to accept our human fallibility by which the meaning of God and the purpose in life come to a realization. “Hawaii” shows us a process of conversion into the mystery of faith occurring not in the pagan natives but Reverend Abner in the beautiful kaleidoscope of nature’s sceneries and the people living in them. This movie deserves its merit on the list of great films of all time for the posteriority.