For all my life, I have not seen the world

As others see – I have not felt the love

As others feel – I have kept away from it

All wonderful, beautiful, blissful ever!

Now the eyes that have seen and witnessed

The vagaries of the world in their league

Begin to wane in clouds of shattered dreams

That were clinging to the myopic windowsills

And prepare to let them go with the memories

Of images that they have cherished for rarity.

The lights of the windows to the world flicker

In the red wind growing strong and stronger;

And the keeper of the castle weeps in darkness.

The congress of professed faithfuls gather

Under a great kiosk of memorial Agnes Dei

Sitting on the paws as pious sinners to pray

Abracadabra that no pagans would know!

The Feast of Life resurrected in Pascal Mysteries

Is the feast of absurdities in deceived fallacies,

And the heart among the entranced worshippers

Pounds in great beats of passion and faints in weeps.

A puerile quest for a mirage, he rebukes

A pristine request of the heart, she decries

and begins a Ballard of a plain girl unknown;

Since her star in the Milky Way lost

its trail of Manifest Destiny shining the brightest,

the heiress bereft of her heavenly bequest

Without a speck of stardust has not been

As others were – she has not seen

As others saw – she has not known

As others knew- she still can not find

Where the tides of the ocean by wind

Arise, rush, roll, and reach with the surge

The silent silverly soil with the urge

When the lost high star finds her at last

And returns her overdue gifts of the best.

P.S. I feel intimately acquainted with Charlotte Bronte, her fictional alter ego Jane Eyre, and Janice Sessions, the plain girl created by Arthur Miller in their quiet deportment, delicate feminity, sentimental loneliness, and plaintive want of beauty. They are, in fact, my spiritual sisters in whom I can confide my inmost feelings, repressed emotions, and provocative thoughts guarded by my own conceptions against the acerbic opinions of the brutish, insensitive rabble. Nevertheless, the aforesaid sisters all had the breakthroughs that led them to fortune, luck, happiness however it might have lasted or whatever they might have been. I feel that I am kept away from anything wonderful or even remotely felicitous ever happening to me by some unseen forces of godly or evil beings. Alas, woe is to me! Shakespeare believed that our lives are governed by the stars above us and that there are tides in the affairs of man, which taken at the right time, they will lead man to fortune. What with such cold reception of my first published e-book and what with my regret of having published it at first, I wonder when I can meet my tides and sail away into the wide ocean to reach the land of my destiny.

Dear Reader: Hey, there! Thanks for visiting my blog and reading my post. And if you express it by pressing the button into the bargain, my spirit will surely be uplifted from the rut of my so-called life. And if you are further intrigued by my e-book recently published on Amazon Kindle and drop just a few lines of your thoughts about the story upon reading (but no words of derision or sarcasm), I will feel like a millionaire without the actual sort of money in my bank account. It’s only 57 pages in total, so the book won’t take much of your precious time. Just click on the below book cover with one touch of your fingertip, and it will lead you to the place where the story begins via wondrous witchcraft. Many thanks for reading with my whole heart! Best, Stephanie

She was born when Saturn and Uranus were housed in the Aquarius. That says pretty much about her. The Aquarian are known for their independent spirits, compassionate and caring nature, and unquenchable wants of knowledge, all enveloped in mysterious estrangement even among the crowds. Yet, Stephanie, the writer and the editor of her two-year old Web log, “The Stylus,” (formally known as “Offbeat) is generally quite approachable and genial although she is never too loquacious at a first meeting. In fact, you might find her quite interesting to talk to, especially when you strike up a conversation with her about books written by classical writers or about history, dogs, or cultures. And if any of these appertains to one of her writings published on her digital log, “The Stylus,” you will see her soul being elevated to the ether with her eyes sparkling like stars on the Persian night sky. On Monday morning at a cozy cafe in Avonlea, Bluebird had the pleasure sitting down  with a cup of warm hazelnut coffee to talk with her about her blog, from the inception, the purpose, and the future thereof.

BD: Hi, Stephanie. As Oscar Wilde has said that a woman who would reveal her age would tell anything about her, I won’t ask you how old you are because I suspect that you will not anyhow.

Stephanie: I appreciate your judiciousness. (Smile) And yes, you are right in saying that I won’t tell you my age. (Smile) But I am neither teen-aged nor maturely aged, single, like one of those 10 vestals in the ancient Roman Empire. (Smile)

BD: Okay, then let’s start talk about your Web log. What was the idea behind the creation of this log of yours? Did it occur to you all of sudden that you wanted to have yours like everyone else?

Stephanie: Well, I first started thinking about having my writing log about 2 years ago. I had always wanted to write things about what I liked and to convey it in written letters because I think writing revels one’s soul in his/her genuine self without worrying about the physical appearance and how to present the self externally in public. In that regard, writing is non-discriminating of all social and biological differences. And I always thought that in people’s writings I could see the intelligence and nature of the writers because people would tell about their innermost feelings by means of writing rather than by speaking, which I think, sometimes seems a bit pompous and artful.

BD: So, is this why you came to create your blog to write about what you think and feel that cannot be shared by speaking in public?

Stephanie: Partly so. And partly it’s because writing seems easier to communicate than speaking, which requires of me instantaneous faculty with dialogue that necessitates breaking from shyness. You see, English is not my mother tongue. Being a native Korean, the language differences between the two languages are as wide and deep as the Pacific Ocean: The English belongs to the Indo-European lingual family, while the Korean to the Ural-Altai to which the Japanese, the Turkish, the Finnish, and the Hungarian also belong. The syntax and the grammar are of course very different. So, it will be much different from, say, someone from any Western European country speaking and writing English because Western European languages belong to the same family as the English. Nevertheless, I want to break from such syntactical, grammatical, and literary inhibitions to craft the art of writing, just as Jack Kerouac felt the same about it.

BD: That’s a sublime motivation to create your blog. Then how about the name of your blog? It has recently gone through some changes…

Stephanie: Yes, indeed. But for the good reasons. First, it was started as “Offbeat” because one of the teachers at the language school I currently work at told me that my blog seemed to carry this offbeat vibes, a sort of New York feel, the independence, the avant-garde spirit that knew no boundary of subject matters of writing. So I thought it was a cool name for my blog and kept it until the last week. But suddenly I came to think that it needed name changing just for a change of scenery; you know the kind of moment when you want to reinvent your image with a new haircut.

BD: Okay, Stephanie. By the way, what are your readers like? Do you have many followers?

Stephanie: To be honest with you, I am more concerned about the qualitative likes I get for what I write from fellow bloggers who also love writing and publish qualitative posts by which I mean the writings, such as musings, creative stories, poems, and/or book reviews. The reason I say this is that recently there has been someone who creates several unsolicited blogs that only contain commercial stuff, copied works of others, or nothing just to get to my blog. And I tell you that I only appreciate the likes from those qualitative bloggers. And I also tell you that I don’t appreciate those of illegitimate ones’ likes. How do I know they are illegitimate? Well, can you like my writing as soon as I publish? That means that person does not bother to read my writing, which I take it as an offense.

BD: Who is that one plaguing your blog with empty likes? Have you done something about it?

Stephanie: First, that one appeared in my spam comment section. He said he liked my blog and asked for some advice of writing. I think I was too naive to even reply to him, thinking that he was going to have his meaningful blog filled with writings, but no… I should have never done that…. This is my character flaw; that I bring trouble and pain on myself through pity and compassion… In that respect, I sympathize with Katherine Cookson, who said the same thing in her memoir Before I go, about which I have also written.

BD: You must be really frustrated with that person… Sorry to hear that.

Stephanie: I even contacted an engineer at wordpress. about this issue in effort of stopping him from visiting my blog, but was told that because it’s in a public domain, there’s no way I could do that… And you know it’s really disheartening to see it happening in my blog because it is a sheer form of sabotage to my blog because my blog is not an object of popularity… Although my current followers are 52, what I care about is my works being duly appreciated by fellow writers, amateur or professional. Nevertheless, I don’t want to canvass for liking my writings. It’s just not me. But if you like any of my writings in terms of the contents regardless of any grammatical errors, that makes me feel fulfilled. And any comment is always welcome.

Don’t be shy to comment on any of my posts because I am a human being, too! (Smile)

BD: Stephanie, I understand how you care about your blog and your love of writing in this interview. Any word to your readers?

Stephanie: I just want my readers to know that I write because I like to portray what I feel about things in my heart in poetry and what I think about books I read in my mind in belief that taste and reason is universal in all human creatures regarding principles of judgment and of sentiment common to all mankind, as Edmund Burke averred in his essay On Taste. So Many Thanks to You, Dear Readers with My Whole Heart.

BD: Thank you, Stephanie. I hope your writings will have a wide range of loyal noble readership.

Stephanie: Thanks! Have a lovely day! 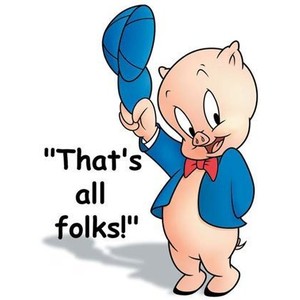